Meet the teen that built software to stop cyber-hate before it happens.

On an otherwise ordinary day two years ago, 13-year-old Trisha Prabhu sat down at her laptop to do homework when a news story about a fellow middle-schooler stopped her in her tracks: Rebecca Sedwick, a 12-year-old from Florida, had committed suicide after months of merciless cyberbullying. “It seemed unreal to me that this young girl had been pushed to a point where she decided her life wasn’t valuable,” says Trisha, now 15. “I decided I wanted to stand up for Rebecca and other kids who were suffering.”

That burst of inspiration became ReThink, a browser plug-in that triggers a pop-up alert to prevent cyberbullying. Let’s say you type “ugly shoes”—ReThink will detect those as hurtful words and prompt you to reconsider your comment. “I read that the adolescent brain is like a car with no brakes,” Trisha says. “It made me wonder what would happen if we were forced to think about the consequences of our words.”

Trisha camped out in the local library to code the basic software, then tested it out on hundreds of friends. It worked! “I found that 93 percent of the time, teens changed their minds,” Trisha explains.

But even if you can’t code, you can still help. Trisha shared her tips—because even the nicest people post words that could be misinterpreted.

1. Pause Before You Post. Stop, count to three, and ask: "Do I really want to share that?" One moment of reflection can prevent another person's pain or your own humiliation.

2. Spread the Word. To find out how to bring the software to your school, become a ReThink Ambassador! Sign up at rethinkwords.com.

3. Be More Than a Bystander. One of the best ways to take action is letting the victim know they’re not alone. Just by being a friend and offering a shoulder to lean on, you can make a big difference.

After being bullied on Facebook, Caitlin decided to leave uplifting notes around her school. This sparked Positive Post-It Day (Facebook.com/positivepostitday).

These Vermont students petitioned Apple to remove an app from its online store because it spurred anonymous, offensive comments. And guess what? The teens won!

Last year, Konner created an anonymous Instagram account (@TheBenevolentOne3) at East Valley High School in Yakima, Washington, where he posted a photo and compliment for 650 of his classmates. The account generated more than 14,000 followers!

THE FACTS THAT MATTER: CYBERBULLYING

43% of teens have experienced cyberbullying 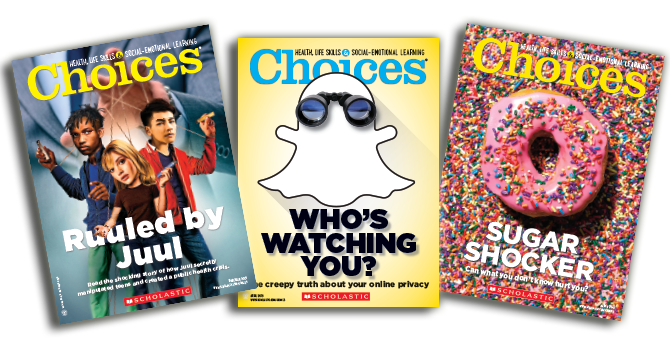